The UFCW locals in Los Angeles send the majority of workers’ dues money back to the International union, or use it to pay for their own staff and officer salaries.

If you’re considering joining the UFCW, it’s not just the International union’s spending that you should consider. Each local union — including the one you would be a part of — has its own expenses and spending habits as well.  It’s important to understand where the money you pay in dues is actually going. In Los Angeles, your union dues might even go toward efforts to kick Instacart shoppers out of grocery stores — an effort that caused the National Labor Relations Board (NLRB) to file a complaint against the UFCW.

UFCW has two main local unions that represent workers in Los Angeles: Local 324 and Local 770. Last year, 81 percent of the dues received by Local 324 went back to the International union or to pay executive and staff salaries for the local. Local 770 spent 89 percent of workers’ dues on similar expenses.

In 2019, UFCW Local 324 collected $12 million in union dues. That year, the union’s expenses included: $4.443 million paid to UFCW International in Washington, D.C., as part of what’s called the “per capita tax”; $1.554 million to cover officer salaries and disbursements, including a $228k salary for the current President and $166k salary for the Secretary-Treasurer; and $3.729 million for employee salaries and disbursements.

Local 324 spent workers’ dues on a number of questionable expenses in 2019, including: 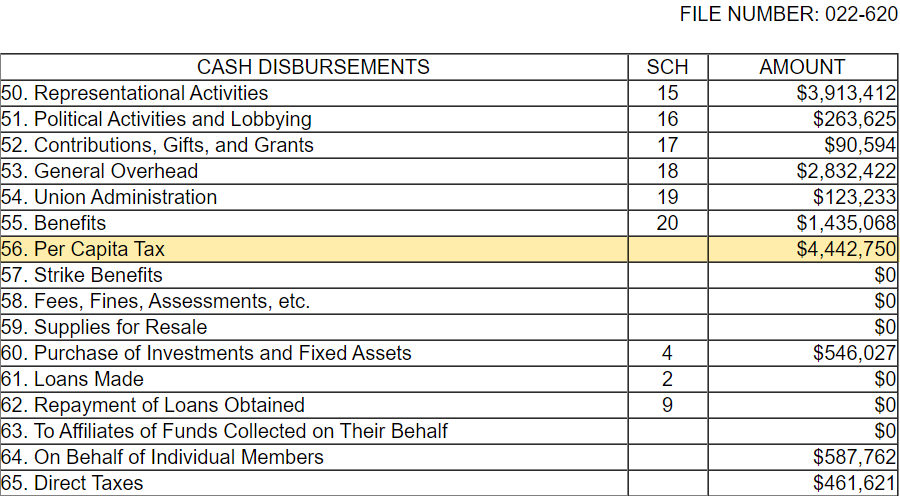 In 2019, UFCW Local 770 collected $18.22 million in union dues. That year, the union’s expenses included: $6.46 million paid to the International as part of the per capita tax; nearly $2.68 million to pay for officer salaries and disbursements, including a $204k salary for the President and a $191k salary for the Secretary-Treasurer; and $7.07 million in employee salaries and disbursements.

Local 770 spent workers’ dues on a number of questionable expenses in 2019, including: 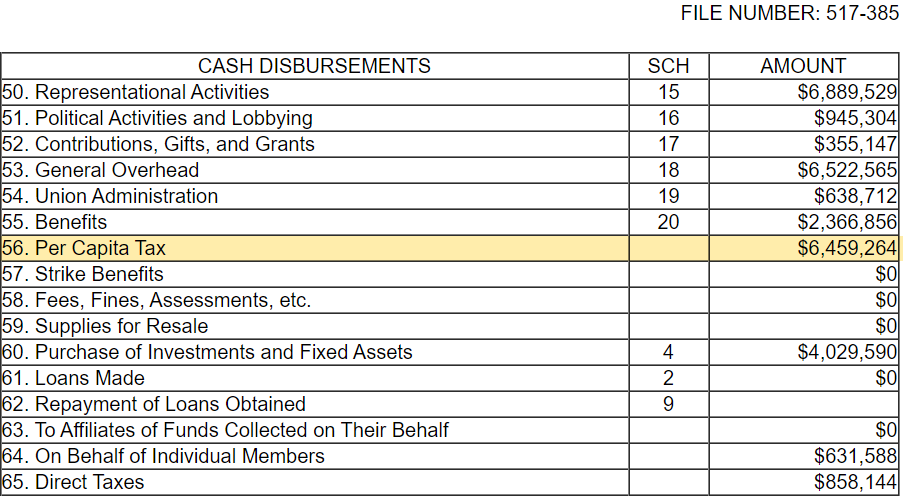 How much do UFCW Local 324 and Local 770 spend fighting against Instacart shoppers?

What kind of legal expenses are members paying for? One exorbitant expense is to fund efforts to remove Instacart shoppers from grocery stores.

One example is the multi-year legal battle waged by Local 770, Local 324, and other UFCW locals against the supermarket chain Ralphs. These UFCW locals filed a grievance in 2017 over the presence of Instacart in Ralphs locations.

NLRB has since issued a complaint alleging that the UFCW violated Section 8(b)(4) of the NLRA by pressuring Ralphs to cease doing business with Instacart. The union continues fighting to kick Instacart shoppers out of Ralphs locations.

Read it for yourself in the legal filing:

“the Locals have filed the present Petition to Compel Arbitration against Ralphs in an unlawful attempt to have Ralphs cease doing business with [Instacart] and acquire work that is not covered by the collective bargaining agreement (“CBA”) between Ralphs and the Locals.”

Though Local 770’s LM-2 form states that no complaint had been filed against the union by the National Labor Relations Board, this is no longer the case. On May 27, 2020, the NLRB — an independent federal agency tasked with enforcing labor laws — filed a complaint against the UFCW locals. You can see the complaint here.

But this is not about one retailer. If the UFCW locals had their way, there would be no in-store shoppers.

Think about it: The same UFCW locals that are attempting to kick Instacart shoppers out of stores, now say they want to represent these same shoppers. Doesn’t make sense, does it? If UFCW locals were successful in organizing Instacart’s in-store shoppers, it is possible the shoppers would be forced to cover the legal bills for the legal challenge designed to put them out of work.

If you’d like to further research the spending of each union local going back five years, links to the LM-2 filings are included below.

Shopper’s Question: If I join the UFCW, will the union expect more of me than just paying dues?

Instacart’s Answer: The answer is yes. The UFCW has a constitution and bylaws --- which you will be legally bound by if you decide to be represented by the UFCW. Learn more about the rules the union will require you to follow in the next section.